You are never broken, my friends. Breakable, yes. But broken, never. Remember that with God you are always whole. 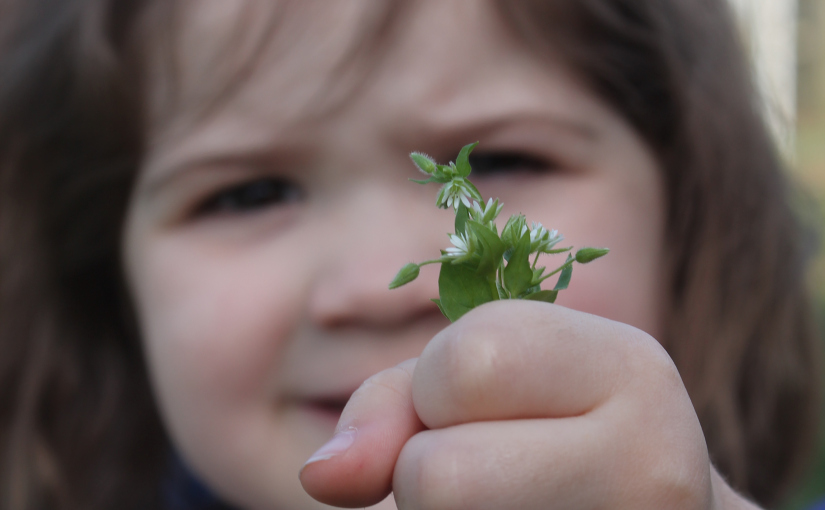 It’s been a while since I’ve written; since I’ve allowed myself to sit with my fingers on a keyboard having every intention to document my experiences and share the inspiration with others. I think it’s because what had previously motivated me most became a chore. It became something that other’s opinions of it detracted me from the root of what I was doing it in the first place. So, I stopped. I took a break.

But when something is at your core – when it’s what God has charged you with doing – taking a pause from your purpose harms you more than you know. And I started to notice that the turning point I was facing was one that was critical to not only my goals in life, but for me personally. Because when I stopped writing, I stopped seeing life in the way that I had previously. My perspective became crushed, just like the car I was in when I got in wreck recently.

A few weeks ago, I fell victim to a three-car pile-up in the middle of the interstate. As I sat there, waiting for the police to arrive, I cried tears of stress and those of worry. I sat there, when I should be grateful I was okay and so were those who were in the wreck with me, debating something much more than who was going to pay for my broken car. I was questioning why I write; why I work to spread positive; why I do any of it. And the day that I got my car back from the repairs it suffered from the wreck, I found my other car face-to-face with a neighbor’s mailbox after I borrowed their driveway to turn around.

Nope, writing wasn’t a priority. Just holding myself together was. And what better way than to attempt to do just that but to go to church and reflect.

Each Friday during the season of Lent, my dad and I participate in Stations of the Cross. We have been going since I was 5 years-old together. While most Catholics give up something during this season of sacrifice, we take something on. And what started as a tradition I did because I was told to has turned into on that I look forward to.

My family met before Stations together to scarf our fill of cheese pizza, macaroni and cheese, friend pickles, and fish, if you’re into that. Not me, I refused to eat anything that ever had a mommy. And then after our bellies are full we split up. My husband takes the boys and Lyndi and I join my dad for 30 minutes of reflection as we celebrate every station of Jesus’ journey to the cross. I had hoped that my oldest would be ready for participating with us, but after our first attempt this year, I realized that my 3-year-old was much more prepared than my oldest. And that was okay by me… it gave me some quality momma/daughter time.

She sat in stations, flipping through the hymnal that night while the rest of us did the ritualistic genuflect-stand-kneel Catholic routine. Occasionally, though, she would whisper not so softly as she asked about things around the church. She pointed to the stain glass windows, trying to depict the items in each. She got excited when she saw a dove. And then I directed her to see the statue of Jesus on the cross, and when she finally saw Him her eyes lit up. She pointed to our deacon as he walked to each station, and begged that I let her run up to him and give him a hug. I promised that after church would be a more acceptable time. And she didn’t forget my promise.

Stations concluded. We dabbed our finger in holy water and concluded with the sign of the cross. But before we departed, she found Deacon Gerry and gave him a Lyndi hug, and let’s be honest, those are some of the best ones out there. As we made our way to the car to head home, she asked one more question. A question that I knew she would ask before she ever parted her lips to ask.

Yes, sweet Lyndi, you can pick a flower.

Church has a ton right now, weeds that is. And while typically a dandelion will suffice for her, she’s become especially font of church’s weeds because they have an abundance of purple ones. Each Sunday she looks through their small grassy area for a perfect one, and this night was like every other. And what I think is most hilarious about her flower picking is that once she plucks the perfect one, her plucking isn’t complete. She must pluck every beautiful purple petal off too until she is just left with the green stem. It’s only then that she is most happy holding her flower.

She did that this night too, and completed her flower demolition before we got in the car. So proud of herself, she held her green stem and was sweetly looking out the window as we started to drive home. I was quiet too, still reflecting from the mistakes of my day. And then she broke the silence with her sweet voice.

It was as if God at that very moment knew that I needed a message and the only way to get to me was through a direct one. I hadn’t been in the mood to hear what he subtly placed around me, so a thundering cloud it was. My head was spinning trying to figure out the cost of the mailbox I just smashed and the rearview window I would have to fix. In the true multitasker that I am, I was stressing too about work and other challenges that had been laid before me. I was dwelling on everything that was broken in my life; yet at that moment I couldn’t see the one thing in front of me that wasn’t.

Lyndi held out her flower, proud, and said “Momma, this flower is breakable.” “Yes, sweetheart it is”, as I thought about all the plucking she had just done. “Momma, I love my flower.” “I know you do.” And that girl doesn’t tell a lie. She loves hard. “Momma, we’re breakable too. You and me. We are breakable.” I was speechless. “We’re breakable, Momma, but we aren’t broken. Nope.”

And as quick as she started, she stopped. I had agreed with her by exchanging a smile and a few nods, and then she returned to gazing out the window, as if she didn’t recall the depth of the message she just delivered.

Lent is a season filled with sadness. Our Savior suffered tragically, experiencing human pain along the way. He was tortured and beaten. He was pushed to the ground, and, just when He probably didn’t feel like he had an ounce of energy left, He know that no one here could break Him. Yes, they broke his legs and punctured his ribs. They did everything they could to break His body, but His spirit would never shatter. No pain on earth, no challenge He faced, no struggle He endured… He would persevere. He proved that, yes, our bodies are breakable, but through God we will always be whole.

My three-car pile-up could be resulted in a hospital visit. Instead, my car saved me from everything but a lingering headache. The mailbox could have taken more of a beating, and our van too. Or I could have hit someone flying down our street. But none of that happened. All it took was $20 to fix what was broke in that situation. And through it all, I walked away unscathed. Untouched. My breakable body was left whole. For a reason I’m sure God will one day explain.

Until then, I have a sweet little girl who reminded me of what matters most. The world can pluck away what you deem beautiful. It can rob you of your petals and make you feel like you are worth nothing, deserve nothing, are nothing. But it is then that God loves you the most. He sees you for who you are at the core. He knows that your shell is breakable – it can shatter – but when you have Him in your heart, nothing, and I mean nothing, will break you. With Him you are whole.

Tonight, I head up to church for our last stations tradition of the year. I’ll scarf down more friend food than my body will care for and, yes, my kids will devour a shared piece of chocolate cake if they have any left when we arrive. Lyndi will stand next to me during Stations of the Cross, and afterwards, I know she will beg to pick a flower. And this time when she does, I’ll smile as she removes what everyone else sees as the beauty of it, so that she can find the true beauty behind it all. And I’ll watch her cherish that green stem, remembering that that’s exactly how God cherishes us.

You are never broken, my friends. Breakable, yes. Our bodies are that. But broken, never. Remember that with God you are always whole.