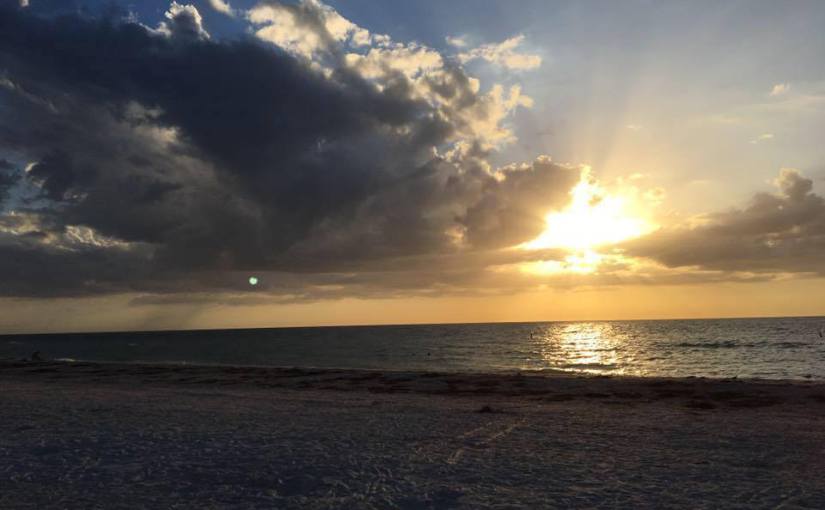 Are we a country divided? Some would say there’s no doubt. This week just check your social media news feed and it will seemingly prove it. But my trip to the polls may have proved this hypothesis wrong, something I would have bet money against. In fact, that day I walked out of there with my head held high, my spirits lifted, and hope for humanity. Here’s why.

I took up the challenge to exercise my civic duty and this year I traveled to the school where I was told I could cast my ballot. I knew that day would be emotionally charged for many, and as someone who is private with my political views, I prepped myself for what I was about to endure.

In most situations, I’m an extrovert. Loud, semi-obnoxious, and vocal for sure. I always have an opinion and struggle not expressing it when I’m asked since they built on supporting justice and ensuring that what is right is what is done. At least that’s how I personally validate by inability to keep quiet. But there are two instances that quiets this girl – airplane rides and politics.

I have extreme motion sickness, almost to the point where the sight of a plane gets me queasy. Seabands give me a false sense of comfort each time I board, but the worst is when I get stuck sitting by someone who is like me, a talker. I turn into someone I’m not usually. I become anti-social. I put in my ear buds and even if the music isn’t turned on, I act like it is. I will do anything in my power to not talk to the person next to me who is already infringing on my personal space. Most times my uninterested demeanor works, but on occasion the person next to me doesn’t pick up the hint and proceeds to “word-vomit” throughout the entire flight, as I try to keep down mine.

Unfortunately, when it comes to politics, I have no natural remedy or diversion tactic to avert snarky remarks or unwelcomed opinions. Even with ear buds in, I can’t dodge what everyone around me is so passionate about. And in full honesty, I do realize that the prayers I offer up for our society are more important than those I say for the duration of every flight I take. But while typical conflict isn’t something I avoid, political conflict gives me the heebee geebeez.

So when the parking lot was packed with cars early that morning, all having the same intention I did, I knew that I wouldn’t be able to avoid the inevitable, and I was right. While I was able to personally avoid verbal confrontation or onset dialogue about my opinions, the hour-long wait to vote allowed me a front row seat to a discussion between strangers about their political viewpoints, of course from two sides of the spectrum.

An older couple stood patiently in line with a smile on their faces. I tend to make-believe what I expect their lives to be. They didn’t seem rushed so I’m sure they were retired and didn’t have plans for the rest of the day, yet they were up early like the rest of us to cast their vote. A middle-aged and quite animated woman opened the conversation with them first talking about non-important topics like the weather and the line’s length. But soon the conversation switched to typically heated topics, and we were stuck here so they were topics of no escape.

The woman behind me was a mother. She had a teenage son with her and a little baby in a stroller. She was quiet at first, but any elongated wait will cause even the shyest person to let out a peep. She conversed with her son about the Election, the right to vote, and the importance of the day to our history.

I stood there, sandwiched between the two conversations, and if I wanted to vote, I had no other option. I love people watching, so even though I hid behind my phone, sifting through work emails, I couldn’t help but listen to the varied people around me. And when I did, when I really listened, my “grinchy” heart, the one that was determined any political discussion would end in a localized world war, grew three sizes that day.

The older couple was conservative. It didn’t take a rocket-scientist to notice. And the other woman was very liberal in her thinking. Their core viewpoints were different, so you would think that their conversation would be direct and impassioned. Where I typically retreat when I notice others have differing political views, these three were energized, not shying away from ongoing discussion. But while I quickly realized that they didn’t believe the same or even think the same, I did realize that they had something in common. They respected each other.

I didn’t listen to every word of their dialogue. Believe me, I tried everything to not. But I noticed that even though each topic ended with differing opinions, they were constantly smiling at each other and even laughing at times. Call it a Southern thing if you want, but their side hugs and kind eyes filled me up in ways unimaginable as we shuffled closer to the voting booths. There was no tension and no one was trying to alter the viewpoint of another. They were who they were, and by the end of the wait, they would probably have voted for one another if their names were on the ballots.

The mother behind me was my hero that day. During such a challenging political season, I was relieved that I didn’t have to explain anything about this mess to my kids. Agree with me or not, I want them to stay as naive as possible for as long as it makes sense. What person wouldn’t want to shelter their child from the crazy? Life is wild enough; no need to add something that their little minds can’t fully comprehend until they are ready.

But this mom had no choice. Her son was out of school and while he couldn’t vote, it was time for her to talk about the importance of doing so. It was time for her to help shape our future generation. Her son asked a few questions, and she proceeded to talk to the importance of this day and explain how companies were supposed to not stand in the way of allowing people their right to vote. She talked about how, no matter your viewpoint, it was critical to be there and do what so many people have fought for the right for. To vote.

Her last comment made me laugh though. She noted that for a country that is centered on human rights, on Election Day, there are so many rules in place to where some may question that sentiment. My favorite was when she mentioned that alcohol isn’t able to be purchased until voting concludes on Election Day. I laughed because I knew that later that night, many a family would have a bottle of wine popped open to take the edge off of the suspense.

My hour-long wait felt much shorter than it was, and I heard those around me acknowledge the same sentiments. In fact, after the older couple signed their name on the dotted line and got their piece of paper to make an impact on our country’s history, the woman turned, made eye contact with her new friend, and gave her a hug. She grabbed her hand and thanked her for the conversation, noting she thoroughly enjoyed it and they both agreed it made the time fly by.

I soaked it all in as I, too, signed my name, filled in the square boxes to place my vote and entered my ballot into the ballot-eating-machine. After the five minutes it took to give my opinion, I smiled and took my “I voted” sticker to wear with pride. Yes, I did wear it with pride, but for a reason that I never expected that day.

In a short time that morning I learned so much about those around us. I observed that not everyone who talks politics are polarizing or has a hidden agenda. I saw how differences don’t always divide, but can unite or not matter altogether. I watched a retired veteran slowly make his way into the gymnasium with his walker and was reminded, as I watched his caretaker support his every move, that our lives are bigger than any election. I’m not downplaying the topics that impact us all, but what I saw was how what truly impacts each of us is how we interact with one another.

Among all the hatred, people bashing, and foul behavior that this week has erupted, on Election Day I saw, more than ever, the power of humanity… and let me tell you, it wears red and blue equally. We can stand united, even with differing opinions, as long as we don’t let others divide us. Our choice. And if I’m choosing, I’m going to choose to be the mom who will one day teach my kids that we all don’t have to be the same or think the same, but we do deserve to respect all the same. I’m going to choose to love those who think differently than me, for they too are made from God. I’m going to choose, time and time again, to love over hate, to give over receiving, and to have hope even when it’s hard to see.

I choose tackling this world together, for when we are who we hope the world to be, we start to be the change. Stop attacking each other and leave judging for larger powers to be. Be love. Be respect. Be the difference.

4 thoughts on “Believe in Humanity”