The Year of the Verb

If you knew shifting your mindset on your New Year's resolutions could bring you greater success, would you do it? 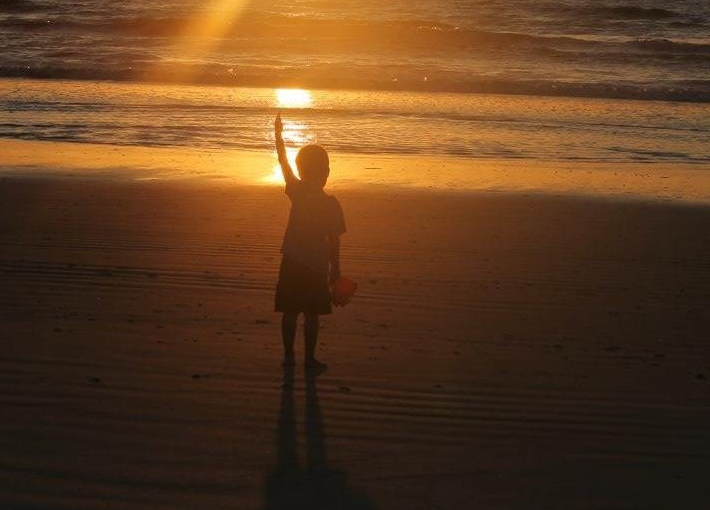 Around the world in communities big and small, people are making plans for where they want to be, who they want to become, and how they are going to get there. You see, it’s as if literally one day has the potential to change everything, and for many people, that day is New Year’s. Come midnight tonight, resolutions of all kinds will be promised, all with sound intentions and filled with much hope.

But inevitably – and we all know this to be true – after a few weeks or months of working hard toward our goals, many find it tough to maintain momentum. Life happens. We change course. We hit a roadblock and find barriers that cause us to get off track and potentially give up. Unexpected stress percolates and we find a box of brownies we promised we wouldn’t touch. Sickness caused you to miss a few workouts. We get tired and that dream we were hoping to achieve becomes a distant memory. When life happens, sometimes that means our resolutions go on next year’s wish list.

But what if it didn’t have to be that way? What if we possibly have been going at this resolution business all wrong? What if we are putting the focus on our resolutions in the wrong place, which is the reason it’s easy to lose sight for the course? What if all it took was a small shift in how we looked at our end goals which in turn impacted the type of resolutions that we set in place at midnight? What if this small modification could set you up for greater success? Would you do it?

As with most profound thoughts, I found my resolutions taking shape this morning as I took my shower. It’s my break from my life’s chaos, and here lately having endured a lice outbreak since Christmas Eve, my chaos has been at an all-time high. My hands are falling apart from all the chemicals used to disinfect my house, which is probably just a tangible example of what my sanity had endured.

I would have liked to plan farther in advance for my 2018 goals than the day before the New Year begins. I would have loved to use my cork board to clip magazine pictures to create a vision for where I’d like to see myself. It would have filled my spirit drawing out a plan for not only what my goals would be, but how to get there. But, life happened. Or rather, lice happened. And because of it, New Year’s resolution procrastinator I became.

So the 15 minutes I allowed myself during this morning’s shower was my only shot at determining what I was going to do to make 2018 way better than the year prior. I found myself panicking as I tried to come up with resolutions that would be challenging yet achievable. The more panicked I became, the louder a voice deep inside yelled telling myself that no matter what I set out do to, I would likely be like the many others who don’t achieve their New Year’s resolutions.

But today, that little voice was quickly suppressed by what I can only believe was God talking directly to me. Not in a thundering cloud or a burning bush, but He finds a way to plant seeds that take root and grow when you water them, and this morning those seeds were getting some good watering from the hot shower.

God challenged me to rethinking my goals. Sure, I want to grow a business that is focused on connecting people to Him. He knows that. And of course, He knows I want to be a better parent and live in the present. He is well aware of my many attempts to get up and work out. All of these are great goals, but possibly the wrong ones for this year’s resolutions.

He offered me a question that I want you to ponder. What would it take to make a resolution that relied on God’s help to get there? Instantaneously I knew that a resolution of that kind would find greater success on all fronts!

It was as if my proverbial light bulb went off when all of what He was telling me suddenly made sense. Yes, for years I have been focusing on the wrong things, and so have you. No wonder we can’t achieve our earthly resolutions. They are outlined with the end in mind – a stronger business, a better relationship, a healthier lifestyle, success. But what does it take to get there? Some action and a whole lot of God.

I began to realize that I needed to stop focusing on the noun – that end goal in my resolution statements – and instead focus on the action to get there. I needed to focus on the verb.  No matter how hard you work to reach the nouns in your resolutions, things may happen that aren’t in your control. In fact, I hate to be the bearer of bad news, but nearly everything in life is out of your hands. Stop focusing on those and spend your energy on the one thing that you have the power to impact fully. You can control your actions. You can control the verb.

Start by being, by working, by moving and then this is where faith comes in. If you focus on the verb, you are taking the first step. You are controlling that which is in your span of control. The second step is leaving the rest to God. God will fill in the blanks, and He will fill them in much better than you could anyway.

If God sees you to finding success, while you are focusing on being He will pave the road for you to follow. If God wants you to reach new career heights, He will place the roadmap in front of you as you focus on working. If God has plans for you to live healthy, then when you focus on just moving, He will help you have the stamina and the tools to achieve it.

With this small shift, this change in mindset, I found myself reassessing the goals that I had outlined for myself next year. What had started as four resolutions ended as two word verb statements.

I want to grow a business that is focused on connecting people to Him = I want to grow. As I focus on personal growth, I have faith that God will show me the way to find business success and connect more people to His powerful Word.

I want to live in the present = I want to live. If I live fully every moment God gives me, I will be more present, reaching the goal I wanted all along!

Having resolutions focused on the verb and not the noun can only set us up for success. Because when life happens and roadblocks arise, we can still grow, we can still be, we can still move, we can still live. God will shift the path He’s paved and keep us on course to achieving the goal He has for our lives. Living a verb-focused life is promised to not be overwhelming. It’s promised to provide you deeper gratification when you reach your end goal. And it’s promised to be filled with less “I give ups” and more “I cans”.

We all have one thing right. Tonight we know the power that one day can make. Cheers to 2018, the Year of the Verb!