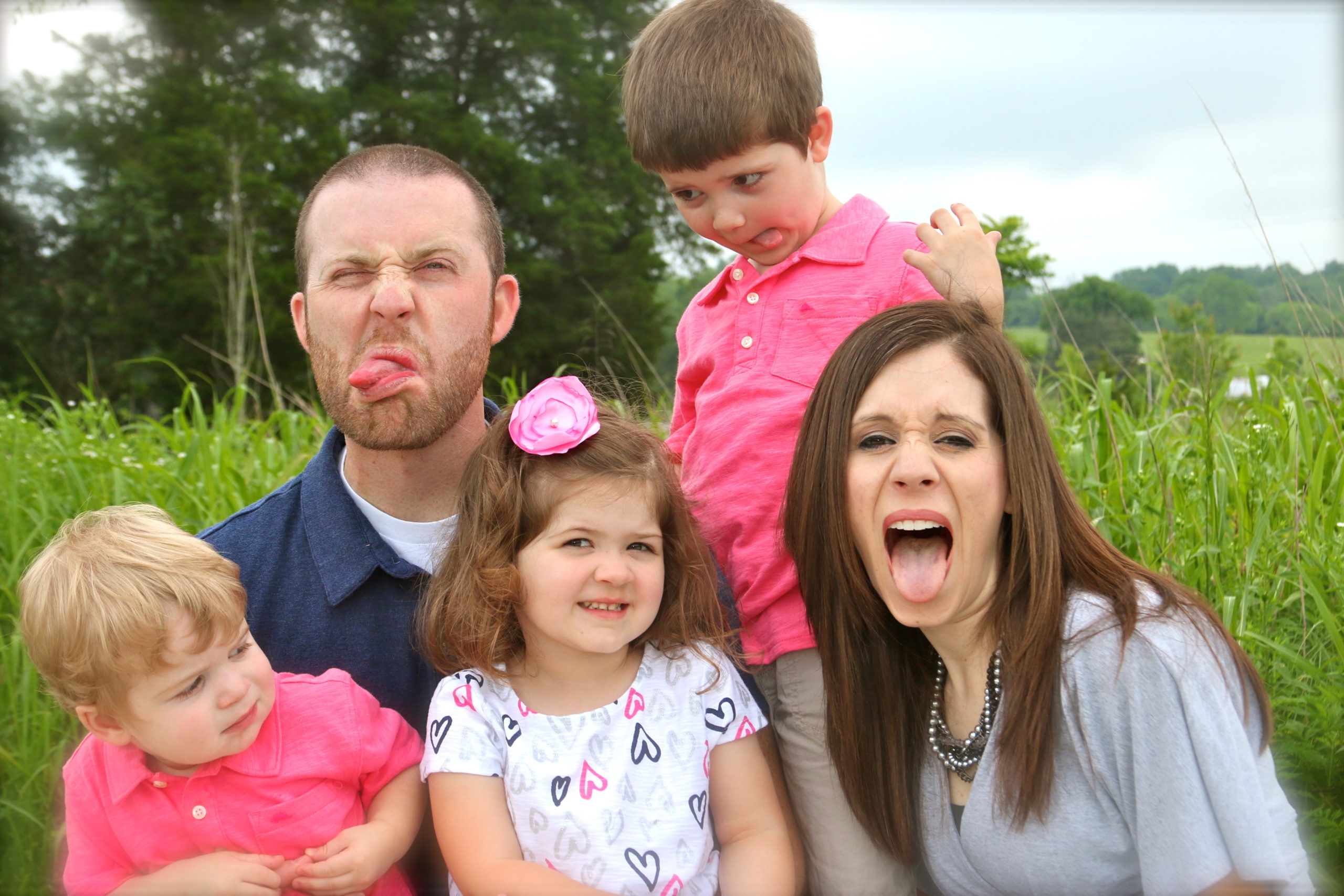 I had just concluded a long day, filled with unexpected disappointments, and my way to cope was to spend some time jabbering on the phone and picking weeds from our flower beds. I know, I know… there were probably a hundred other more productive ways to let off steam, but this way allowed my extroverted self to process the situation at hand, and learn how important it is to eliminate not just physical weeds from your home, but proverbial ones from your life as well.

My head was leveled as I pulled the last “viney” pest from the bushes, which was perfect timing as the sun was starting to make its way to rest. The misquotes felt it was time to start nipping as I watched the last carpenter bee nestle in an unwelcomed crack in the pavement on our walkway. It was time to come in; time to lay my head and my worries to rest.

The house was silent, but I was immediately directed to the rooms of my three little munchkins who were patiently waiting for me to give them their final tucks in. I went to my daughter’s room first and crawled into her toddler bed with her. Though the space was tight, the love overflowed. We snuggled, whispering sweet nothings in each other’s ears moments before our time together that night fleeted. I kissed her forehead and went in for one last hug when she scooted closer and kissed my nose. Time paused, and I soaked it in.

I covered her up with her Disney imprinted fleece throw and made my way to the boys’ room. Just a squeak of the door opening was all it took for both of them to sit straight up and beg for my attention. My youngest started by requesting a bathroom visit, and when a 2-year-old begs to go to the potty, even if it is a false alarm, you oblige. I scooped him out of his crib (yes, we still keep him encaged in his safe place for as long as possible!) and once his feet hit the ground he scurried out of the room to what I expected was the porcelain thrown.

My oldest sat up in his loft bed, begging for “momma hugs”, and as we embraced, I prayed that he’d never let go. As I could sense him inching away, I hugged a little tighter and then kissed his forehead. “I love you, Momma,” he said with as much authenticity that is evidenced in this world. As I rubbed his forehead right by his hairline, we chatted softly about his day, about my disappointments he had watched me endure, and about how God makes everything right.

I gave him one last kiss before scurrying around the house to find my youngest escape artist, who was not fulfilling what he had promised. His potty break request was a sneaky way to get a few extra minutes out of bed. I found him giggling with Daddy in the living room, so I followed suit, and picked up our most coziest blanket along the way. I didn’t have to speak a word for him to know that this blanket meant snuggle time, and when I laid myself on the couch and covered up with this massive blanket of goodness, he wiggled in as well so we could spoon together.

He twisted and turned until he found the way he wanted to lay, facing me and our noses touching. I could hear his breath, deep and consistent. I could feel his toes, wiggling as if they were trying to tickle me. I could smell his sweet, freshly washed skin. And I was at peace. It was as hard to peel him away from that moment as it was for me, but nighttime called, and with an airplane ride from Daddy, he made his way back to his room for some shuteye.

I laid there, feeling peace; hearing peace; being peace. It was as if with each embrace from my kiddos, I was able to redirect the pain I had previously felt and allow peace to settle in. And while I know that each experience with my littles was one that they begged for, I reflected on how it was me that benefited the most.

You see, as a mom – or a momma as I am called – your goal in life is to guide them through this world’s tough terrain. The moment that you hold your sweet baby for the first time you realize that you would take a bullet any day if it meant your child could dodge one. It’s baked in our DNA, as if a new strand is added the moment we sport the parenting label. And while there is a lot we can prevent, control, and guide, what I realized most that evening is that my role in their life is important, yes. But their roles in my life may take the cake.

This Mother’s Day, as my husband cooks a delicious meal and the kids give me handmade beauties they made at school, I find myself reflecting less on the type of mother I am, and more on the type of kiddos they are. For what I realized last night as I spent some beautiful unscripted time with each is that this motherhood thing goes both ways.

I could never hold the title of “Momma” without them in my life. And they would never be here without my willingness to welcome stretch marks into mine. I would never have gotten to laugh so hard I could pee my pants as we get into tickle wars without them here requesting them. My life would never be filled with unexpected but welcomed chaos without their wild energy infecting those it comes in contact with.

We are meant for each other – and we thrive because each other is present. We are built to know each other’s strengths, building each other up to find their truest potential, and to know where we struggle most, so that we can carry each other when that’s the only way through. We are interconnected in more ways than we know. As I tucked each sweet child in the eve of Mother’s Day, I realized more than ever that this day isn’t meant to celebrate the moms. For me, it’s meant to celebrate those who give us this sought after title.

Yesterday, as I meandered a grassy area, I leaned down and snatched the one thing that caught my eye. I was in a bed of clover, and what caught my attention wasn’t a four-leaf version. No, I’d already found three of them. Instead, it was a five-leaf clover! I had never seen one in my life, and right in front of me it stood, tall and proud, ready for me to pick. And picking I did.

This Mother’s Day, I know that the blessing in this house of ours isn’t me being their Momma… it’s them being my kiddos. The blessing isn’t when I kiss them on the forehead; it’s when I get an unexpected nose kiss. It’s not when I lay myself to rest; but when I tuck them in for slumber. It’s not when I grab the blanket to cozy up on the couch; it’s when one of them do it with me.

The blessing of this day is realizing that just when I thought I knew it all, I see that I was meant to learn so much more. I mean, I had grown up, gotten a job and had a house… I thought I knew everything life had to offer; that is until they arrived. I know now more than ever that they teach me much more than I could ever teach them. And for that, I am forever blessed.

PrevPreviousHe Saves the Best for Last
NextThe Day I CheatedNext