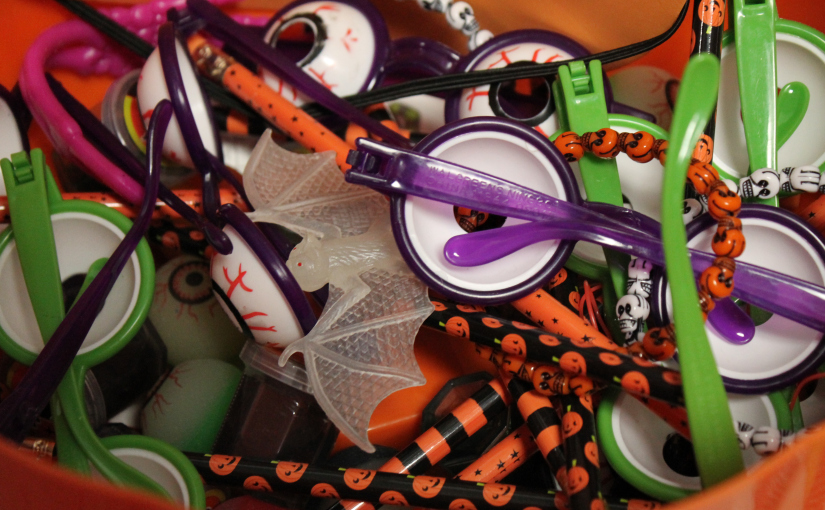 Different. What does that mean anyway? Sure, I’m short and most of the world is tall. When the sun kisses my cheeks, they leave freckle marks, and many others are blessed with complexion perfection. I am left-handed, which my oldest seems to always identify now-a-days as different. I like to create and imagine, and sifting through facts isn’t my thing. If you look around, none of us are the same. In so many ways, we are all different.

But who determined that a certain height was a “nice-to-be” and perfect skin was a “nice-to-have”? Who got to choose that the world would be designed with right-handed folks in mind, leaving us lefties to fend for ourselves? Who determined that skin color, literacy, wealth… these elements that are different mean we as people inherently have differences. But when did different no longer become something that made you YOU, but rather become a thing you didn’t want to be?

I would say that my household is made up of different… some of which is more evident than others. My sweet baby girl has struggled with her words for years, and while she continues to progress in being able to communicate her thoughts, there are still times even those of us who lover her most have to pause and really try to help her articulate her thoughts. So while she speaks, she speaks differently.

And me… most people laugh at my oddities. Take my phobia… well, let me clarify first. It’s not a fear but more of a disgust. Some people hate spiders or heights. Guess what… I have those same fears but add on top of it a disgust for wet paper. It’s so bad that I’m that person who literally raised my voice with a waitress once requesting that she remove the small squares of thin paper meant to soak up the sweat from my glass and not ruin her table. After she persisted, noting she would get in trouble if she followed my request, I lost it and personally collected those little horrendous squares and could enjoy my meal in peace.

Some things that make us different we can laugh about, but others nearly tear us apart. I don’t talk much about what makes my oldest son different to others. Not because I’m ashamed of what he faces or worried about what others think. That’s absolutely not the case as every ounce of his being makes me the proudest momma alive. But we are still learning him, learning his ways and how to help him navigate a world where his different is something others can’t always understand because it’s something unseen most days.

We noticed a year ago that this extremely intelligent and crazy cute kiddo would find himself in trouble at random times, for random things that were unexplainable to us. Calls from the principal immediately started to make me tense as I began to realize that I could never predict what mischief he might find himself in. It was never anything that ordinary kids his age would dabble in. His were different.

After hearing from others that his outbursts and anxiety would lessen as he aged – that he was just being a normal 5-year-old – my husband and I agreed that visiting a behavior therapist wouldn’t hurt anyone. We figured that either way would be a win-win – either we would get the thumbs up approval we were desperately seeking or we would identify a culprit that we could collectively figure out how to navigate through together. It only took the first visit and some background information to easily identify what my sweet boy was facing.

Sensory processing issues. I took a deep breath and the moment those words came out of the therapist’s mouth. I felt tears gather in my eyes, not because I disappointed or nervous about his diagnosis, but because we could now identify exactly what my momma gut instinct was telling me. It was as if at that moment God swept down and while he lifted the heavy weight I had been carrying, the Holy Spirit embraced my soul, letting me know that this was a good thing and together we would get through it.

I have learned a lot since then. Like how, to my son, the glorious smell of pickles that I made this summer to can brought pain to my son as he got a whiff. The bread and butter seasoning was strong, but his senses were on overload and his outburst had to do not with my cooking but with his body’s form of processing.

Or take the mornings. Even though my favorite part of the morning is opening the blinds and letting in the warmth of the sun’s rays, that part my son loathes. The brightness of the son overpowers his visual senses and can cause behavior outbursts, not because he’s a troubled kid, but because he is trying everything possible to stop the pain he is feeling.

I can now rationalize the calls I receive from school about his reaction to pep rallies. The loud noises consume him, and his body doesn’t know how to react. I can explain his anger when schedules are out of whack as part of his inner being requires structure; he functions best when he can live out his days expecting what is to come.

I understand this. I understand him. And the day that I learned who he was and what he deals with I wept because I felt like for the first time in a long time, I could love my son for who he is, and not be frustrated for who I thought he was supposed to be.

To the naked eye, he’s perfect in every sense of the way. Those deep brown eyes and cheek dimples will swoon anyone who glances his way. His love of learning and immense energy is infectious. He is passionate, caring, sensitive. He is perfect to me, naked eye or not.

But yesterday during his Halloween party at school I realized that in the world we live in, different is seen differently. Judgement is associated with it. And no matter one’s intentions, we are now hardwired to identify different as something that is worthy of calling out or staring at, almost like you find yourself doing as you rubberneck past a car wreck on the interstate.

As I navigated my son’s classroom yesterday, with every intention to capture moments with my camera for parents who didn’t have the opportunity to be there in person, I was stopped by another parent. He felt confident to tell me a story once he identified that I was the parent to Captain America (my son loved that costume so much he wore it two years in a row). He had a smile on his face, but a part of me felt judgement lingering behind for what he was about to say. “Is that your kid?” he asked. And once I confirmed he informed me that “he had a meltdown during lunch today when someone showed up in a costume. Just thought you’d want to know.”

I took a deep breath, smiled and thanked him. To a different parent, you may not think twice before sharing an observation like this. But as a momma of a kiddo who processes life a tad differently, I see idiosyncrasies in a different light.

And his differences have caused ME to see life differently. To those who don’t understand, my son has taught me that there is more behind any surface and that judgement isn’t meant for us to own. To those who try to expose my son to things that they see him struggle with, thank you for caring enough to try to help him through it even if it may not be a quick fix. It may work or it may not, but I appreciate your willingness to love him nonetheless. To those who stare, I pray that you soak up all that you observe, for one day you may be in a situation where different is a part of your normal and you’ll know you’re not alone.

I’ve been there. I’ve judged before as understanding was something I didn’t have. I’ve tried to help others, thinking my help would aid them in seeing a way through their struggles. I’ve been on that side, and now my life has me on another. And through it all – the one thing I’ve realized is that different isn’t so bad after all.

2 thoughts on “Being Different”